A lot of people are worried that a recession may be in our future. Some think it may already be here.

Unemployment is low (3.6 percent), and inflation is high (9.1 percent). Both tend to occur when an economy is experiencing strong growth. That makes it difficult to believe the United States is in a recession, but some data is pointing that way.

Last week, the Atlanta Federal Reserve’s GDPNow estimated that economic growth in the United States was -1.6 percent for the second quarter of 2022, after adjusting for inflation. They measured economic growth using gross domestic product or GDP, which is the value of all goods and services produced in the United States over a specific period of time. GDPNow is based on a simple, unadjusted mathematical model. It is not an official reading, and the model tends to be a bit volatile. For example:

The Atlanta Fed’s estimate becomes more accurate as more data is added. It tends to be most accurate near the Bureau of Economic Analysis (BES)’s official GDP release date, reported a source cited by Jeff Cox of CNBC.

Since the United States economy shrank by 1.6 percent in the first quarter of 2022, that would mean the U.S. has experienced two quarters of declining economic growth. Technically, that’s a recession.

Not everyone expects GDP to shrink. Bloomberg surveyed economists and found they anticipate 0.5 percent growth in the second quarter, which would be an improvement on the first quarter.

The next BEA’s GDP numbers will be released this Thursday, July 28.

THE CHALLENGES OF DATING. As if the pandemic didn’t create enough dating challenges, inflation is now pushing the cost of dating a lot higher. More than 40 percent of people on the dating app Hinge said they think more about the cost of dating today than they did a year ago, especially members of Gen Z (the oldest Gen Zers are age 25), reported Paulina Cachero of Bloomberg.

Another challenge is keeping up with ever-evolving dating slang. “When you’re looking for love these days, it’s totally possible you might get breadcrumbed and orbited on your way to the soft launch,” reported Ashley Austrew on Dictionary.com. Here are a few definitions to know.

The bad news is that it’s never easy to learn a new language. The good news is that the price of gas is dropping so the cost of dating should, too.

“Little else is requisite to carry a state to the highest degree of opulence from the lowest barbarism but peace, easy taxes, and a tolerable administration of justice.”

Independence Square Advisors@isqadvisors
"An investment in knowledge pays the best interest." — Benjamin Franklin Securities offered through LPL Financial, Member FINRA/SIPC https://t.co/K4EItDP3rY https://t.co/izrSOdzpXu
Total Tweets475
Followers144
Following2.10K
Independence Square Advisors @isqadvisors
Inside the New CLimate and Health Bill. I have to imagine that the stock buyback tax in the bill will not deter major corporations from purchasing their own stock back. HD just issued a $15B stock buy back plan. https://t.co/PZX8tutFbh
11 hours ago 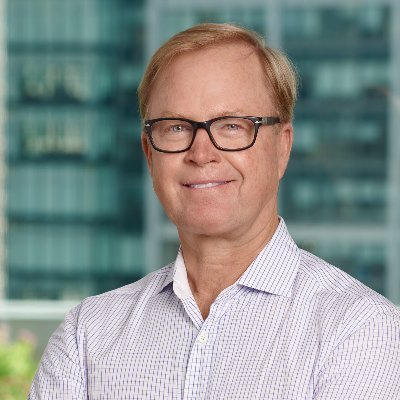 Jurrien Timmer@TimmerFidelity
Dir. of Global Macro @Fidelity. Student of history, chart maker, cyclist, cook. Helping investors break thru the clutter. Views are mine. https://t.co/9Pn7wGwMzp
Total Tweets9.66K
Followers137.79K
Following865
@TimmerFidelity: Earnings season was the shoe that didn’t drop, with 75% of co’s beating (lowered) estimates by 4%. But there is erosion in estimates: Only 30% of companies are seeing their estimates go up, and with the yield curve getting more inverted, that is unlikely to improve soon. https://t.co/v4aWfZ18wW
74 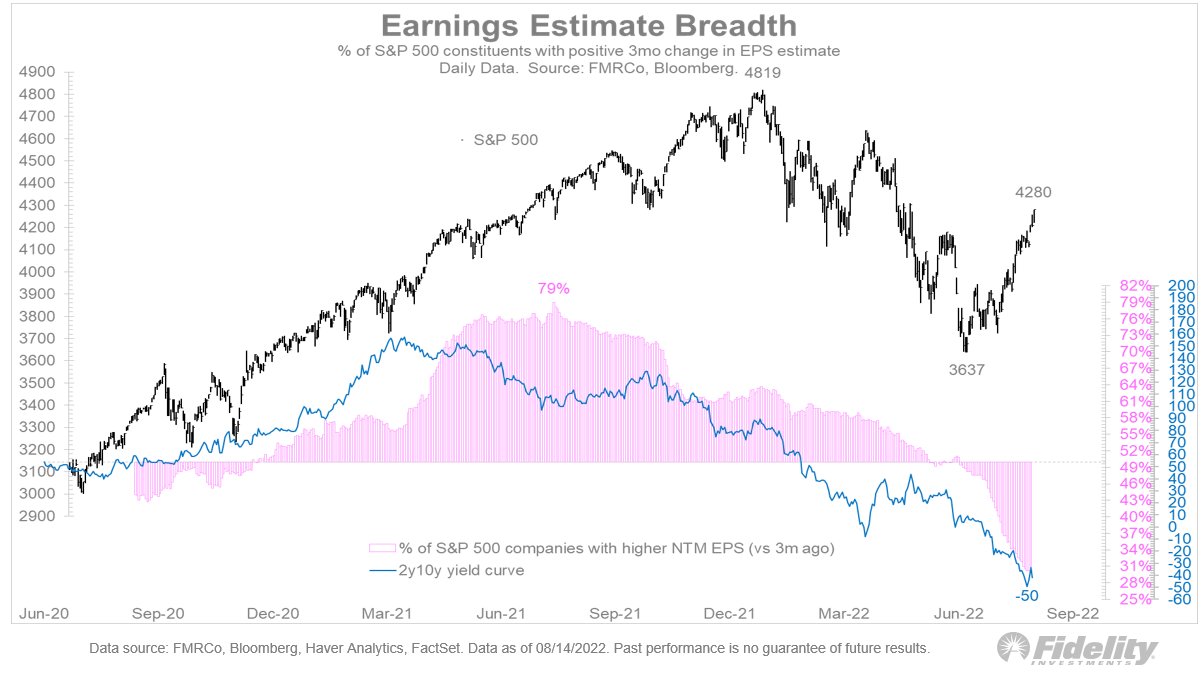