‘Maybe’ was enough for investors

“Markets are dizzy from all the talk on both sides about what they want from a deal but believe that something will inevitably happen anyway…Markets are essentially drunk on massive government spending just as they are inebriated from all the Fed quantitative easing and zero-interest rate policy,” said an advisory group chief investment officer cited by Financial Times.

Earnings season is upon us

Third-quarter earnings estimates for companies in the Standard & Poor’s 500 Index remain subdued. John Butters of FactSet reported, “For Q3 2020, the estimated earnings decline for the S& P 500 is -20.5 percent.”

It’s notable one of four companies in the S&P 500 did not provide earnings per share (EPS) guidance for 2020 or 2021. (Guidance is a forward-looking statement that tells investors what the company expects will happen in the near future.) “Almost all of these companies cited the uncertainty of the future economic impacts of COVID-19 as the reason for not providing or withdrawing EPS guidance for the full year,” reported FactSet.

Certainty about earnings may improve when a treatment or vaccine for the virus becomes available. The Milken Institute reported there are 318 treatments for COVID-19 and 213 vaccines in the works. Thirty-five of the vaccines are in clinical trials.

Where is everyone going? You may have read Americans are moving out of cities to escape the coronavirus or violent protests. During the past few months, pundits have said things like, “…the coronavirus pandemic has shifted attitudes about city living, altering the dynamics of the real estate market for years ahead.”

Marie Patino of Bloomberg CityLab decided to look at the data and see if it was true. She gathered information from moving companies, real estate aggregators, and real estate consultants.

As it turns out, people are leaving cities – two cities in particular.

Patino wrote, “According to [moving company] data, between May and August 2020, move requests out of New York City to any destination were up 45 percent, and in San Francisco, up 23 percent, compared to the same time last year.”

Where were people moving?

Some were moving to other cities, continuing trends that had been identified before the pandemic arrived. For instance, San Franciscans began to migrate to Seattle before 2020. Other top destinations for San Franciscans this year have included:

Likewise, New Yorkers had been moving to Los Angeles and the west coast prior to 2020. This year, they also have favored:

One real estate aggregator’s 2020 Urban-Suburban Market Report found, “Both urban homes and suburban homes are selling more quickly now than they were in February, and the percent change in time on market has been nearly equal for both classifications. The share of homes selling above their list price in suburban areas vs. urban areas exhibit the same trend nationally.”

“Information is the oil of the 21st century, and analytics is the combustion engine.”

Independence Square Advisors@isqadvisors
Insights from modern independent registered investment advisor. Home of the 100% payout. Securities offered through LPL Financial, member SIPC. https://t.co/0ZqgzC0sI8
Total Tweets40
Followers90
Following876
Independence Square Advisors @isqadvisors
Sports viewership significantly down almost across the whole board. Many events down more than 40% yoy. Interesting that golf being the strongest with viewers, as it has the mildest TV experience change with no fans. https://t.co/tmko3iagKl
1 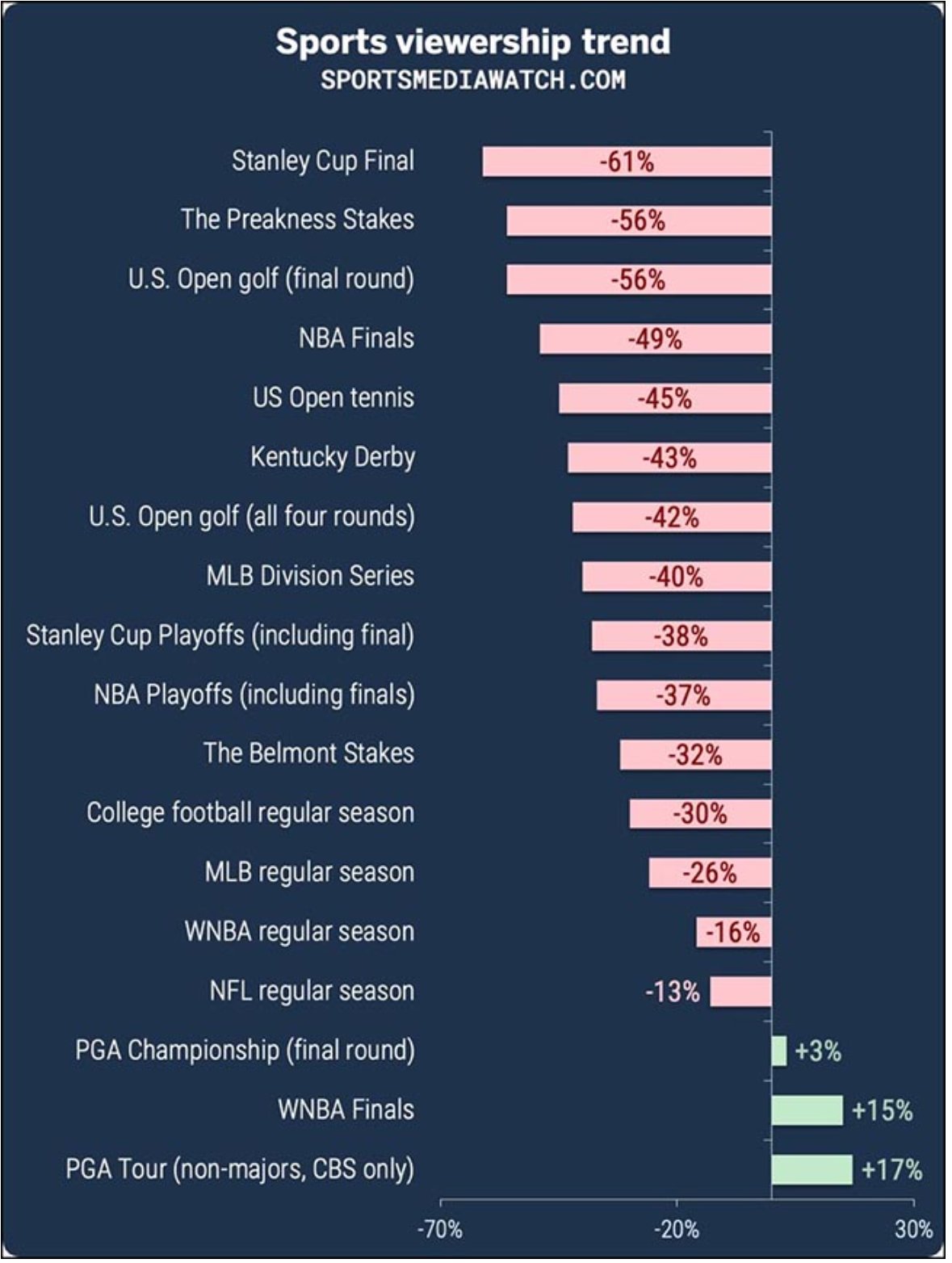 Independence Square Advisors@isqadvisors
Insights from modern independent registered investment advisor. Home of the 100% payout. Securities offered through LPL Financial, member SIPC. https://t.co/0ZqgzC0sI8
Total Tweets40
Followers90
Following876
Independence Square Advisors @isqadvisors
While many areas of the economy have rebounded, air traffic is not one of them. TSA traveler throughput remains more than 50% off of pre-pandemic levels. Chart via @361Capital / @bespokeinvest https://t.co/QT0lTHQsbT 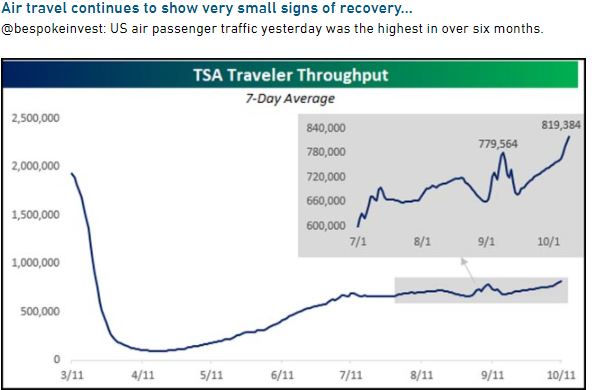 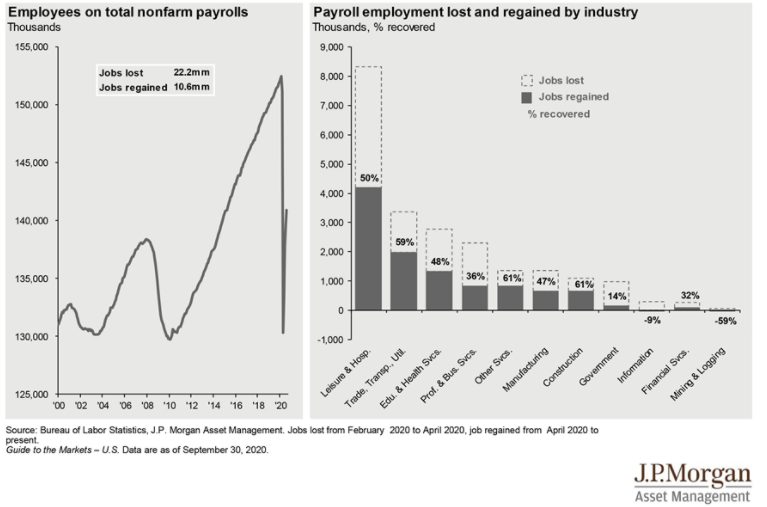 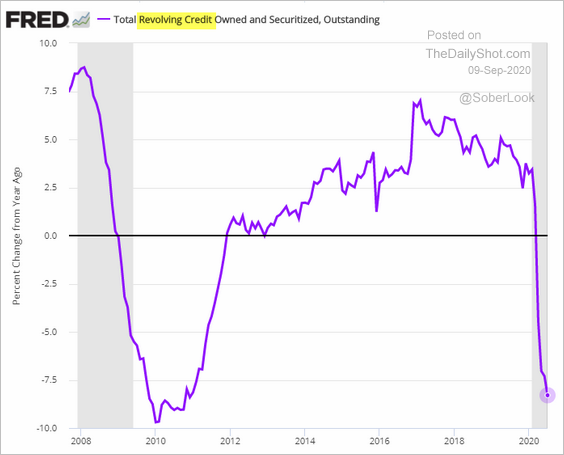 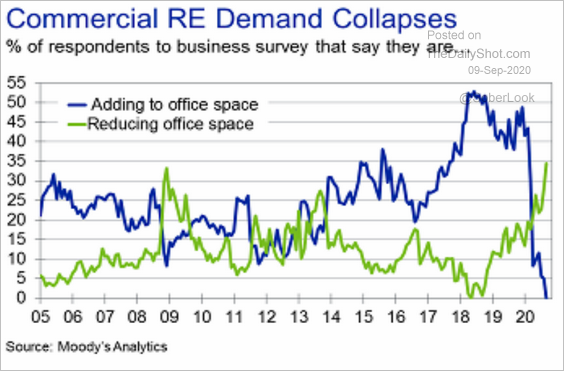