It’s being called the “Goldilocks” report.

Last Friday, we learned that demand for workers in the United States remained strong in 2022. The unemployment rate dropped to 3.5 percent in December. (It was 3.7 percent in November.) That brought U.S. unemployment back to where it was before the pandemic – at the lowest level in more than 50 years, reported Megan Cassella of Barron’s.

“Hopes the Federal Reserve can tame inflation without widespread job losses mounted Friday after a government report showed robust hiring and a historically low unemployment rate paired with a cooling in wage growth. In some respects, the December jobs report offered a best-case scenario for the Fed — Americans keep their jobs but inflationary pressures of earnings are easing — giving policymakers room to slow the pace of interest-rate hikes,” reported Reade Pickert of Bloomberg.

It’s important to note that not all companies were hiring in December. Thursday’s private payrolls report showed 235,000 jobs were created in December despite larger companies cutting more than 150,000 jobs. The drivers of jobs growth in the U.S. right now are small- and medium-sized businesses, which added enough jobs to offset layoffs by larger employers, reported Bloomberg.

Large technology firms are among the companies laying off workers. Many borrowed and spent significant amounts of money to grow during the pandemic when demand for tech products and services was high. However, consumer demand has diminished, and large tech firms have been forced to reevaluate. Weak performance among tech stocks is one reason 2022 was a dismal year for the Nasdaq Composite Index, reported Tae Kim of Barron’s.

WHAT HAPPENS IN VEGAS DOESN’T ALWAYS STAY IN VEGAS. This month, Las Vegas hosted the Consumer Electronics Show, also known as CES. It’s where everyone goes to gawk at the latest technology innovations. Some of the wacky and delightful products will arrive in stores this year while others are aspirational. Here is a glimpse at what the future may hold in transportation:

Jetson-style flying vehicles. It seems that a flying car may soon be approved by the Federal Aviation Administration. Imagine a large SUV with wings that are tipped with propellers. The vehicle holds four people, runs on electric batteries, has a small gas engine (just in case), and can hover into a conventional parking space. The company that builds this space-age vehicle plans to start a ride-sharing service in 2026, reported Bree Fowler of CNet.

A smart baby stroller. It can’t tell you why the baby is crying or change a diaper, but a baby stroller equipped with artificial intelligence can make it easier to go up hill and stay in control when going downhill. It also will move on its own when your child wants to walk instead of ride, reported Popular Science.

Your new best friend. Fans of Herbie, The Love Bug and Knight Rider may be intrigued by the prospect of sentient vehicles. DEE, short for Digital Emotional Experience, is a futuristic mid-sized sedan intended to strengthen the bond between humans and autos. The model at CES featured “a digital assistant, color-changing technology and an augmented-reality windshield,” reported Nelson Aguilar of CNet.

Other notable transportation innovations included an electric pickup truck with “shadow mode” that allows it to follow its driver around, a dashboard security camera that records what’s happening inside and outside of the vehicle, and a surround sound system that makes you feel as though you’re at a concert.

Independence Square Advisors@isqadvisors
"An investment in knowledge pays the best interest." — Benjamin Franklin Securities offered through LPL Financial, Member FINRA/SIPC https://t.co/K4EItDP3rY https://t.co/izrSOdzpXu
Total Tweets744
Followers190
Following2.46K
Independence Square Advisors @isqadvisors
Can you even imagine if we had this opportunity today? 15% for 30 years. Investors would pull the rug out in the equity market and go right into the bond market..... You would think. EXCEPT in the early 1980's, investors shunned that. Truly amazing. https://t.co/OWsGUdKVM0
4 days ago

Independence Square Advisors@isqadvisors
"An investment in knowledge pays the best interest." — Benjamin Franklin Securities offered through LPL Financial, Member FINRA/SIPC https://t.co/K4EItDP3rY https://t.co/izrSOdzpXu
Total Tweets744
Followers190
Following2.46K
Independence Square Advisors @isqadvisors
An update on macro conditions in 4 charts courtesy of @LPLResearch . The dollar continues to roll over after a super strong 2022 along with CPI as the S&P tries to break on through to the other side (sound like Jim Morrison)! https://t.co/wl20pXL5dK
1 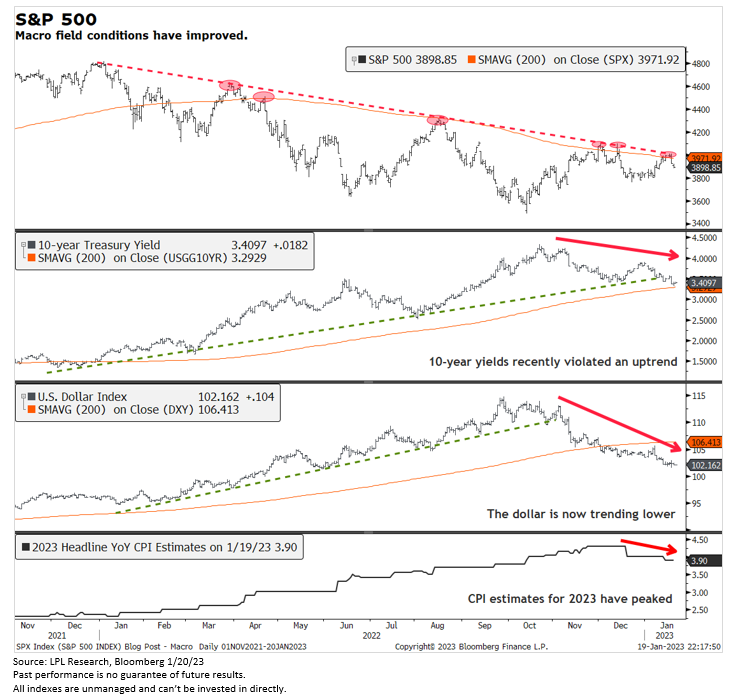 Independence Square Advisors@isqadvisors
"An investment in knowledge pays the best interest." — Benjamin Franklin Securities offered through LPL Financial, Member FINRA/SIPC https://t.co/K4EItDP3rY https://t.co/izrSOdzpXu
Total Tweets744
Followers190
Following2.46K
Independence Square Advisors @isqadvisors
2v2 update! It's been quite a boxing match. The bulls took control for a bit but this could be swinging back to the bears for a bit (will open below 200 and downward trendline). RSI and MACD are tied against each other (RSI bearish/MACD bullish). Honorable mentions https://t.co/65Zc0jAjaI

Independence Square Advisors@isqadvisors
"An investment in knowledge pays the best interest." — Benjamin Franklin Securities offered through LPL Financial, Member FINRA/SIPC https://t.co/K4EItDP3rY https://t.co/izrSOdzpXu
Total Tweets744
Followers190
Following2.46K
Independence Square Advisors @isqadvisors
While 2.8% may be a nice headline #, we face a tough road ahead. Inventory build up contributed a solid gain to GDP but don't expect this to last. We are below 50 for ISM/Non ISM (excluding covid) for first time since 08-09.... https://t.co/uiRXvuRnYV
Follow @isqadvisors